Ed Sheeran’s sell out X world tour, was designed by Mark Cunniffe, and with content design by Treatment studio. Treatments visuals utilised a mix of real time Notch effects and pre rendered video content, composited together to create striking and unique looks. These magnified the performance, allowing for the first time to do away with dedicated IMAG screens, and bring the live camera feeds together with the creative direction of the show.

Bild was approached by Treatment to assist with the meadiaserver programming for the initial part of the tour.  A year later Ed Sheeran took to Wembley for 3 sold out shows in the summer of 2015. Bild was once again brought back on board to adapt the original tour show file to the bigger format show. 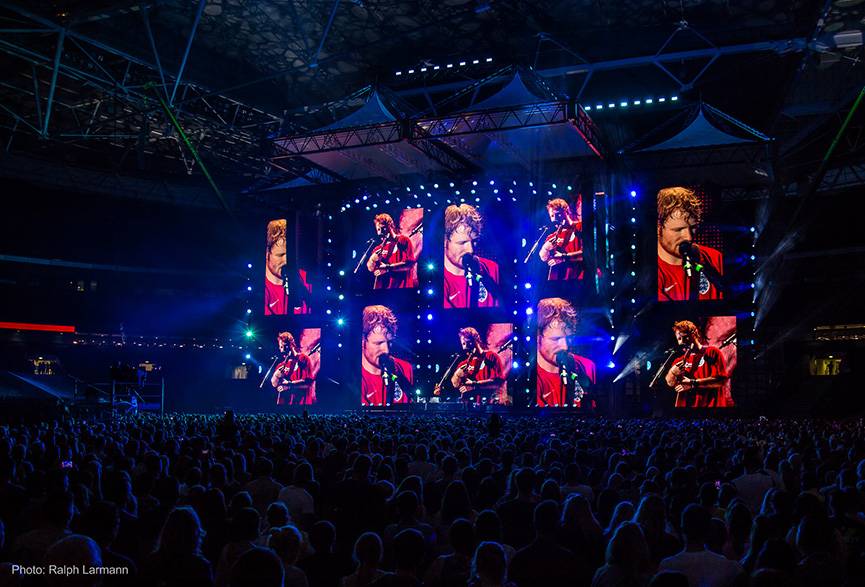 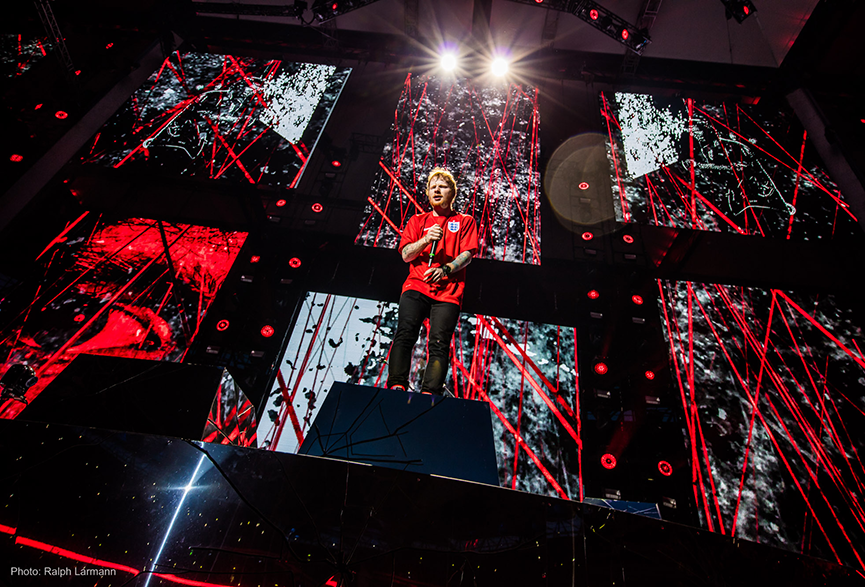 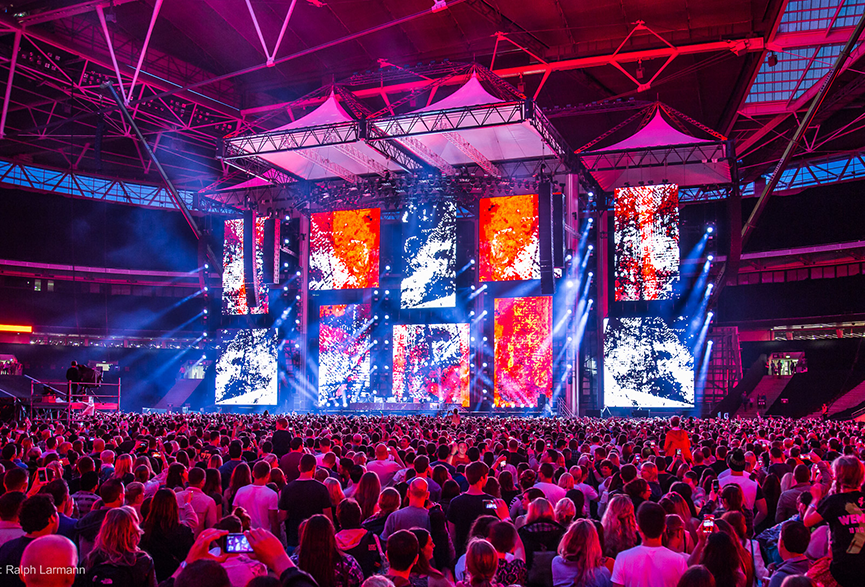 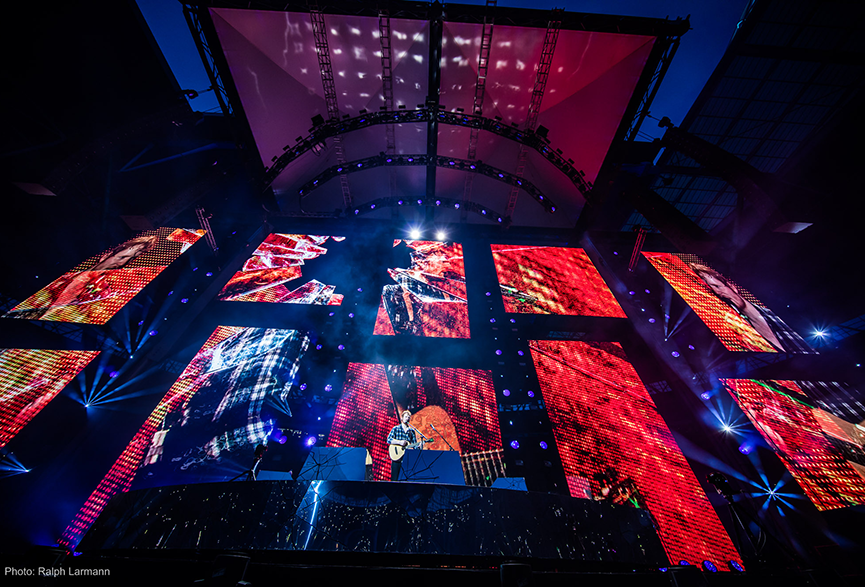