For the re-launch of the video game Candy Crush Friends Saga, Bild Studios were contracted as technical directors and were given the task of designing and building the AV-solution for capturing the video game; played live by celebrities and members of the audience which was directly displayed onto the 21-storey Brookfield Place in New York.

Bild also engineered the remote touchscreen-control surface and embedded it within the overall show.
The outcome was an official world’s largest game-projection ever made. 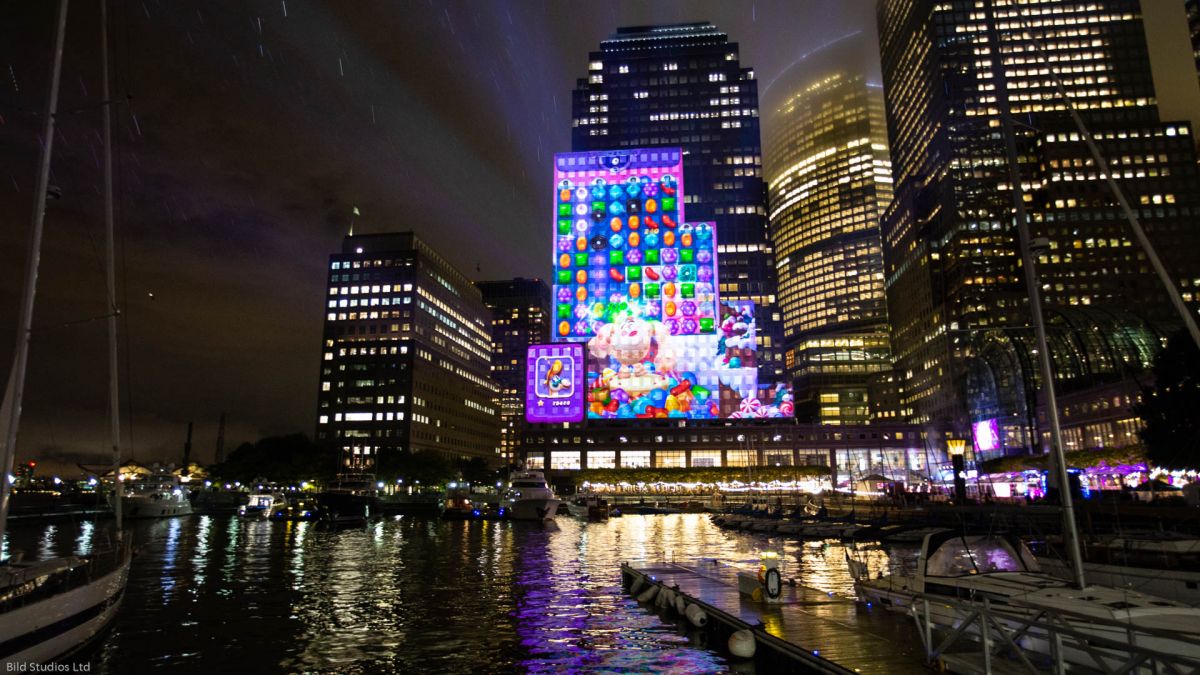 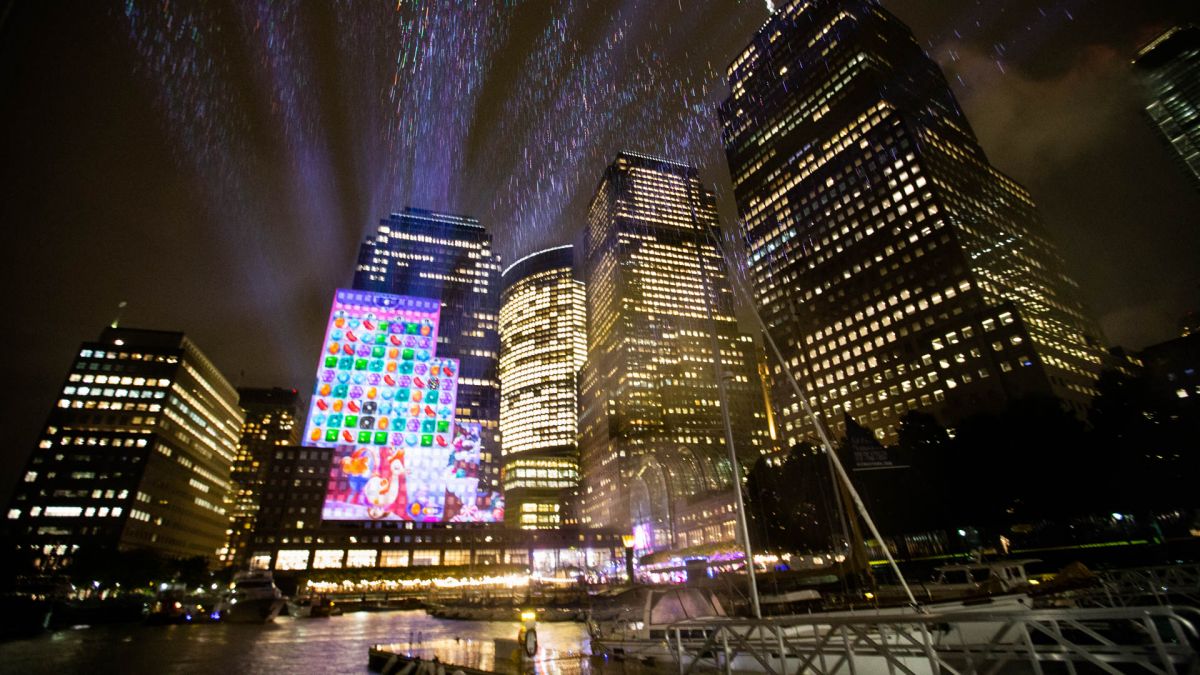 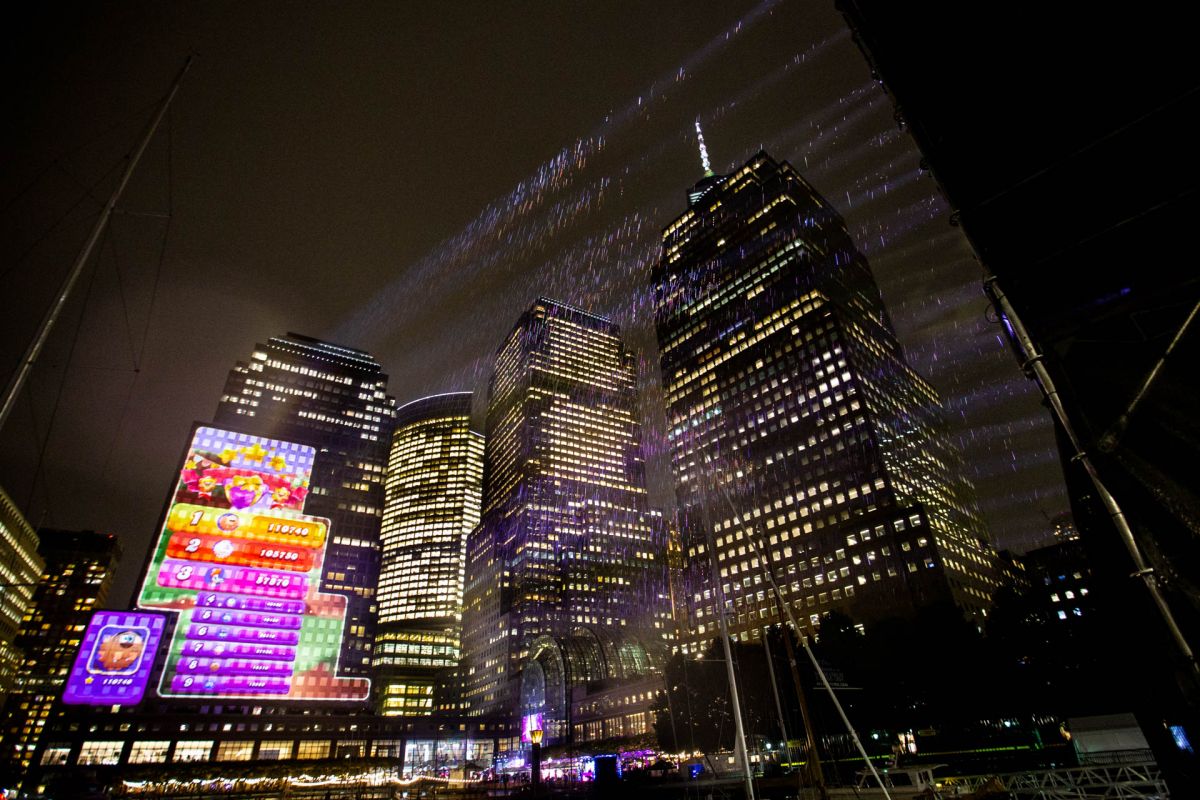 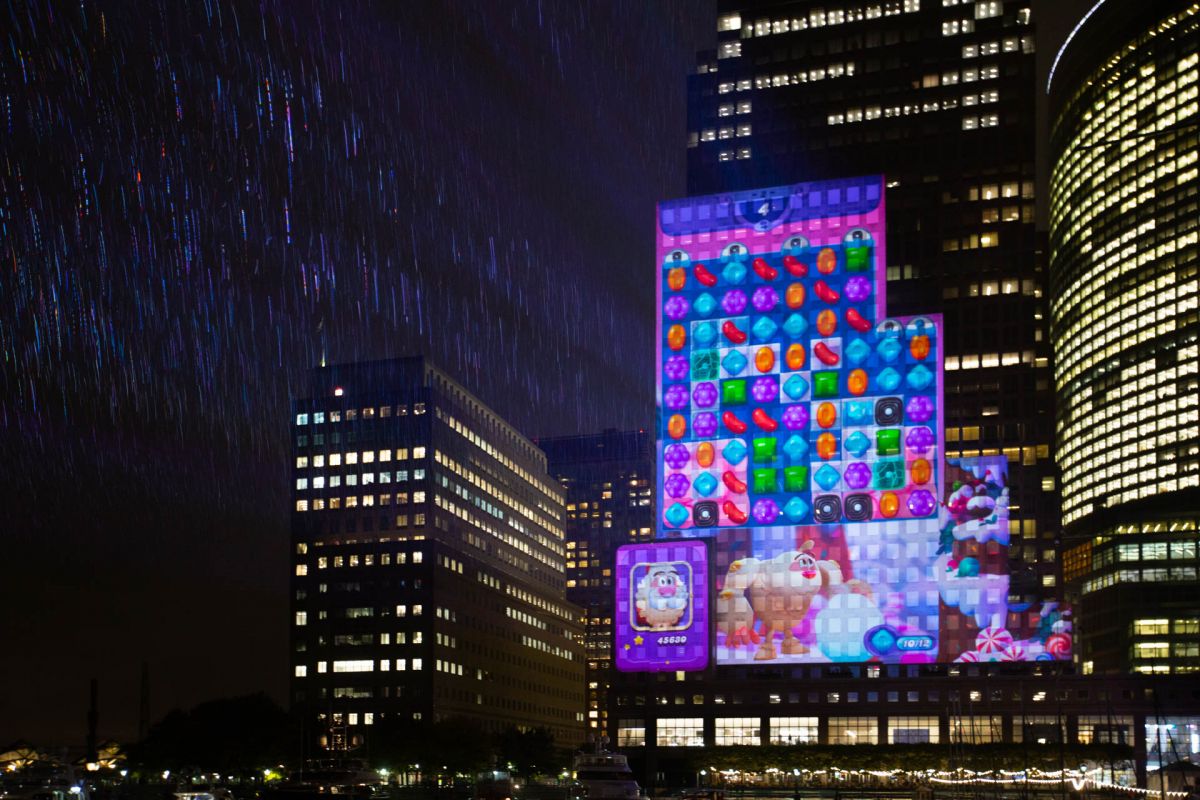 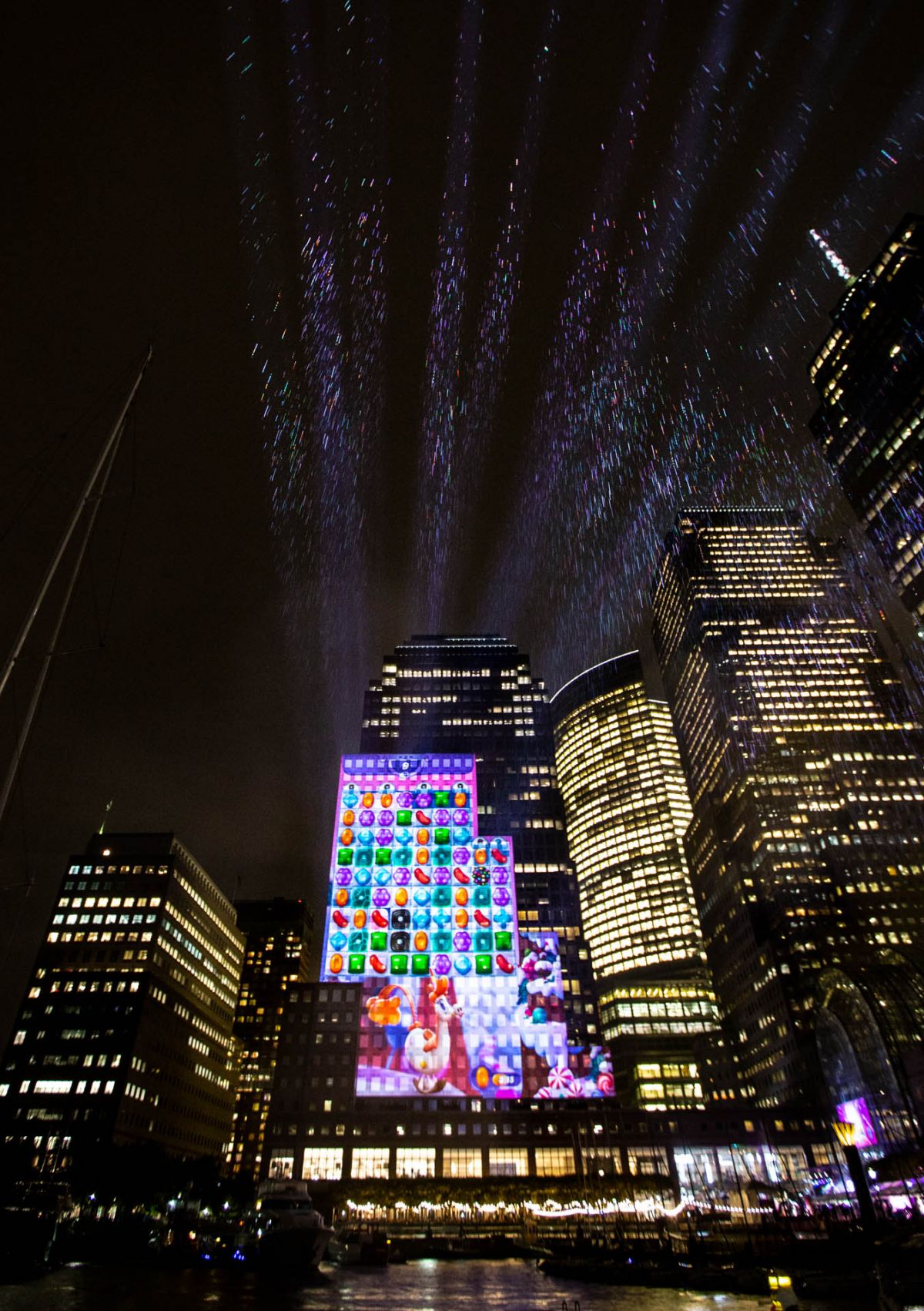